Nourhan prides himself for being one of the few, if not only, neutral journalists from Aleppo, Syria. A friendly and energetic 20-something, he runs a blog under a hidden identity discussing the political situation from a liberal point of view, propagating for a secular Syrian government.

In his daily life as a university student and running his own business, Nourhan met people from all walks of life from all over the country. He always wanted to hear others’stories and share them. On his blog, he wanted to give a voice to the silent population, the millions who make up Syria’s ethnic and religious minorities.

He explains that the Syrian government fears anyone who speaks out. Anyone who can influence public opinion is seen as a threat because the government wants to control its population with an iron fist.

“In Syria, there’s a saying that in every family, there is one informant,”says Nourhan. With a large chunk of the population working for the government, people are afraid to speak up or criticise the regime. Dissident bloggers and journalists in Syria frequently get social media friends requests from strangers, but the real danger lies in your friends. You never know who is an informant.

Nourhan chose to write in English since most Syrians do not understand it, that way he would not get as much attention from the government.

He says that “if you become high profile, you can imagine what happens to you”, explaining that the government will assign someone to follow you around. He tells about how he at multiple occasions was approached at a university by a stranger who claimed he worked for the national security service. The stranger greeted Nourhan by the first name, saying that he knew everything about him, what he wrote and where he lived. He was warned that if he didn’t quiet down, he would be thrown in jail. The threats continued on social media and by e-mail, with constant intimidation in a very aggressive tone. 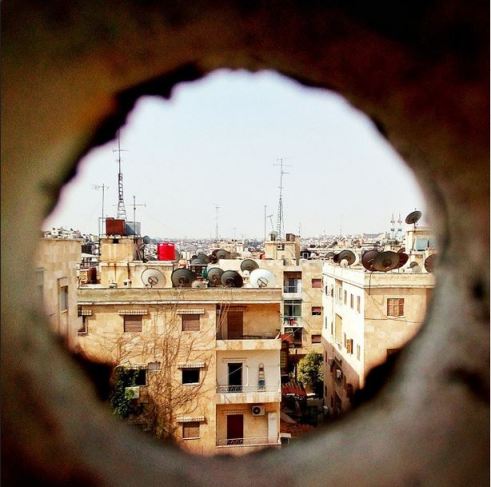 Internet blackouts are as frequent as two-three times a day in Aleppo. Usually, they occur during shelling, to disturb communication, prevent pictures from being spread and to cut off the population’s media exposure. The 3G net is rarely shut off, so the lucky elite, who can afford both broadband and 3G internet, still have undisturbed internet access. 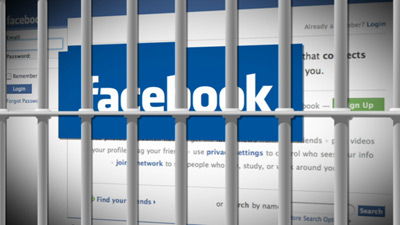 A lot of websites are blocked in Syria from time to time, including Facebook. If someone tries to browse into a blocked website, they just arrive at a blank page. Some people are aware that there are circumvention tools such as Virtual Private Networks (VPN) and Tor to bypass government restrictions and surf anonymously. Yet, some of the more popular alternatives frequently don’t work within the country. 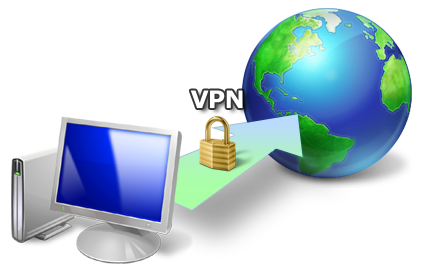 Circumvention tools such as VPNs have became increasingly important for activists like Nourhan who uses it daily to unblock social media websites and stay anonymous online since his internet activities would not be traced back to them. Without such tools, he would have been put in even greater danger. He once made the mistake to share an article on Facebook from his blog. Even though he used a hidden identity on his blog, the authorities suspected that he was behind it. They had a hard time proving it though thanks to the use of anonymity tools.

The government puts a lot of efforts into monitoring internet communication, yet Nourhan thinks that the average Syrian doesn’t believe that the government censors the internet. When the internet blacks out, many people believe it is just due to a glitch. Yet they do not question that the government is actively working to quiet down its dissidents. They are therefore not aware of the circumvention tools available because they don’t even know in the first place that their internet is being restricted on purpose.

Sadly, a large chunk of the population doesn’t even have internet access today. They might have to take a bus to a distant internet cafe, a luxury that only some can afford, and even then, only about once a week. Before the crisis started, the internet was picking up fast, with increasing bandwidth speeds and a higher adoption rate. But since the war started, the situation deteriorated fast, and Nourhan believes that there won’t be any functioning Internet at all in Syria within a few years if it continues like this.

Several of Nourhan’s activist friends have been jailed or disappeared without a trace for speaking up and criticising the regime. It has always been a taboo in Syria to speak up, but now it is totally impossible. Nourhan says that any regime criticism you hear from Syria today is not actually published from within the country since the reporter would be jailed immediately. In the Arab world, sex, religion and politics are three things that cannot be talked about or criticised publicly. It can put the writer’s entire family in danger. The worst sin is criticising the president, that’s unforgivable.

“The youth is becoming increasingly radicalised” explains Nourhan, and adds “the Internet opened the peoples’eyes but closed their minds”. He thinks of the 1980’s Syria his father described to him, where women could go out in public with short skirts and without covering their hair. Even at university, most of his classmates, well-educated people from good backgrounds, became more and more radicalised, even speaking up for ISIS lately.

Although an atheist, Nourhan speaks of the hardship of being the only one in his class from a Christian family. Being Armenian on top of that made things even worse, as they are thought of as anti-Islamists by Syrians, who do not like how Armenians speak up against genocide and human rights issues. He feels that many people around him don’t even acknowledge the Turkish genocide on Armenians that occurred in 1915.

“Minorities are afraid to speak up today. All Christians are afraid today of saying that they are Christian or wearing a cross”he explains. His classmates frequently tried to convert him to Islam, getting very hostile to him when he politely refused. Other groups who are afraid to express themselves are atheists and homosexuals. “The homosexuals cannot be open about it at all in Syria – they would not live long.”

Nourhan attempted at several occasions to reach out to Western journalists to get his photographs and stories published, but did not receive a single response. His pleas for funding and equipment received the same lack of response. “Al-Jazeera gives their journalists lots of support, but they are very one-sided. If you are neutral, you do not get any support or media exposure at all, the media is very polarised.”

Out of fear for government reprimands, he did not want to expose himself on Skype calls with journalists. “None of the people you see on Skype live in government-controlled areas. I mean, none of them. They get captured five minutes after such a chat.”It made it very hard to share the reality of the situation to the outside world, many things do not get coverage. Many people around Nourhan felt betrayed by the West for not covering the whole story.
When he recently tried reaching out to other fellow journalists and dissidents in his region, they did not dare to speak up publicly anymore. “With government officials being hired to monitor even bloggers who write in English, a dozen-strong team can be put to trace every single thing a journalist writes or does online.”A few of his friends went to anti-government demonstrations, but were rounded up and sent to jail. When being released several months later, they were in such shock that they never dared to write or speak up again.

“The government can arrest anyone as they please, even the accused’s family. There is no justice – they will make up false charges and put you in jail for six months or even longer if you are stubborn.”

Regarding online censorship, he thinks that “what the government is doing is wrong, they are only making the situation worse for themselves. When you silence people, they will just feel suppressed, making them want to speak up and revolt even more. The Syrian government’s motto is that ‘The people in Syria don’t deserve freedom of speech’. People even believe it, they think that they are stupid and cannot control themselves, that they don’t even deserve freedom.”

Government propaganda is very prevalent. On all news sites and social media you see images of military boots on the top of heads, which is a way for them to say that you will get the crushed if you speak up. Pro-government propaganda pages are sprouting up at a fast pace. Everyone tries to create a page nowadays and amassing followers. If you talk well about the President you can be someone – people will like you and you get better career prospects and a much easier life. Not everyone does it out of loyalty though, some do it out of fear, because if they do not show support, they can lose their job or dishonour their family.

Nourhan has lost half a dozen friends in both the government’s and the opposition’s shelling, and he was near death at 13 occasions himself. Yet he explains that the opposition isn’t heroic either, adopting the same scorched earth tactics as the government is using, shelling civilian neighbourhoods to spread fear. The rebels frequently steal houses and loot anything they can get their hands on, leaving the locals homeless and empty-handed.

Luckily, his family got in touch with an Armenian organisation in Canada who helped them get an immigration interview at the Canadian embassy. Since they came from a minority background and both Nourhan and his sister had been exposed to threats and physical violence, the family was granted Canadian visas. Today, Nourhan lives in Canada and like anyone his age, he dreams of completing his Master’s studies, finding a job and being integrated in Canadian society. He stresses the importance of integrating refugees in society, because the failure of doing so is what gives rise to the sort of extremists that go to wage jihad in Syria today.

“When you don’t speak the truth, your silence supports the deeds of the oppressor”. Speaking up is essential to bring down the terror in closed societies. Freedom of speech and an open internet are necessary prerequisites for doing so.

To fight for online freedom, non-profit NGO Advancing Human Rights with its platform Movements.org has partnered with SaferVPN to launch the Unblock The Web campaign. The aim is to bring uncensored internet access to the masses in countries around the world where governments limit their citizens’access to the open web. The anti-censorship campaign was launched to help thousands of people around the world to safely make their voices and opinions heard. The campaign makes anti-censorship software available to those who would otherwise not be able to afford it. Hopefully, freedom of information and expression online will be luxuries available to everyone around the world one day.